The Best Fiesta Medals of 2016
MySA.com, April 13, 2016
Our Chicken on the Stick Fiesta Medal placed in the very competitive Express News competition! This was pretty exciting for us, even though it was in the “First Ever Medal” category (the Chicken on a Stick medal was our second).

Is This Already The Best Fiesta Medal of 2016?
SA Current, February 17, 2016
Super honored that the Current named our Chicken on a Stick Fiesta Medal as one of the best of the season… way back in February!

Classic Crispy Dogs are Still Tempting Diners
San Antonio Express News, January 3, 2016
Paula Allen, the local columnist on San Antonio history, was able to answer a readers question about a crispy dog (a hot dog stuffed with cheese, wrapped in a corn tortilla and deep fried) because of my blog about the Malt House.

The Ultimate Texas Gifts Guide 2015
Texas Monthly, November 23, 2015
Look ma’! I made it into Texas Monthly. The staff decided to feature my “God Bless Puffy Tacos” bumper sticker as one of their gifts for taco lovers.

An Ode to Puffy Tacos
Texas Standard — Syndicated Radio Show on NPR Stations in Texas, October 26, 2015
I knew that I had to do a tribute when I learned that Arturo Lopez, the inventor of the puffy taco and owner of Ray’s Drive-Inn, passed away. Texans who reside outside of San Antonio may have never heard of a puffy taco and that’s a shame.

Instagram Defines What it Means to be #PuroSanAntonio
MySA.com, July 20, 2015
When something epitomizes the city, it’s called “Puro San Antonio.” I was very happy that MySA.com decided to feature my God Bless Puffy Taco bumper stickers!

Do You Call Them Breakfast Tacos or Breakfast Burritos?
Texas Standard — Syndicated Radio Show on NPR Stations in Texas, June 8, 2015
Based on my controversial blog post on the I-20 Theory of Breakfast Tacos/Burritos, this was my first radio appearance on the show that is made for Texans.

Breakfast Tacos vs. Breakfast Burritos: A Fussy Debate for a No-Fuss Food
MySA.com, June 1, 2015
I was honored to get to be interviewed about my I-20 Theory of Breakfast Tacos/Burritos. Moving from West Texas to San Antonio, it was definitely an eye-opener to hear the item called a “breakfast taco”—now I could never say “breakfast burrito.”

Raising Money Was Easy as Pi
San Antonio Express News, August 19, 2013
I created a Kickstarter to produce a Pi-shaped pie pan because I couldn’t believe that one did not exist! My hometown paper covered this campaign along with some other local Kickstarter campaigns.

Ricos: It’s the Big Cheese of the Nacho Industry
MySA.com, March 5, 2012
Nachos made with Rico’s cheese takes me back to the high school concession line—got to visit about this with a reporter for MySA.

Celebrate Southwest’s Big 4-0 and Win Your Own Dish Trip to San Antonio!
Southwest Airlines Blog, July 27, 2011
I was the local food ambassador for the good folks at DishTrip when they came through San Antonio. I gave a lot of fun recommendations and enjoyed meeting Mary and her team. Be sure to check out the video at the bottom of the post!

A Mayor’s Cleanup Effort Can’t Spoil Smashing Party
Wall Street Journal, April 16, 2011
I love Fiesta—it’s a 10-day festival that occurs in April to commemorate the Battle of San Jacinto. There are plenty of parties and parades, but what makes it so much fun are the cascarones, or eggs filled with confetti that you crack on people’s heads. I love them so much that I created an iPhone app to “virtually” crack an egg on your friends head. 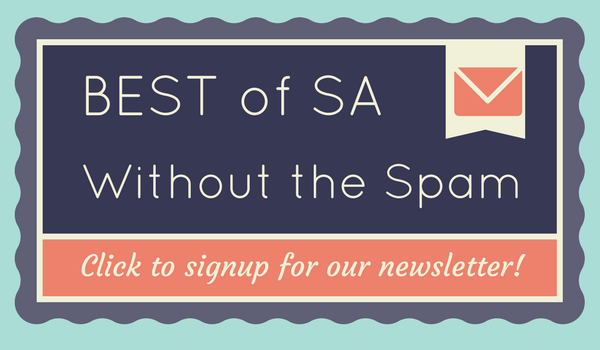