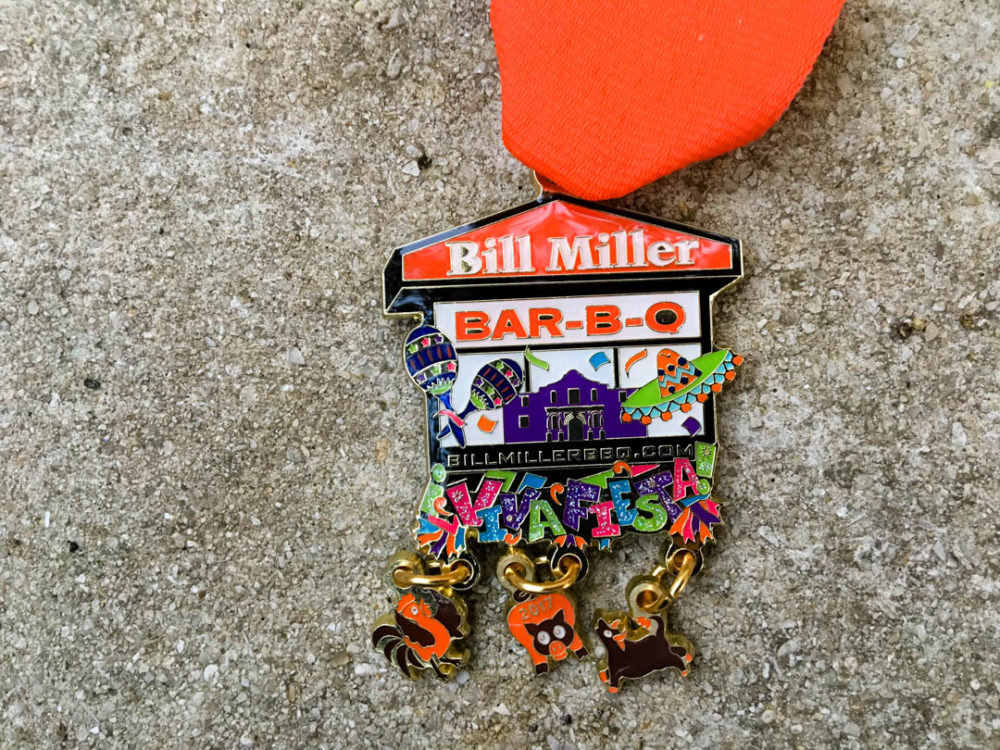 Another year of Fiesta means another year of a widely popular Bill Miller’s Fiesta medal. Bill Miller’s fiesta-fies their business logo with a sombrero, maracas and the Alamo in this year’s fiesta medal design. They also include three dangles of their logo’s chicken, pig and cow.  If you look closely, you can see the year printed on the pig. This medal is $7 + tax at all San Antonio locations. Proceeds from the medal go toward five $5,000 college scholarships.

Finalist in the Mid/Large Business Category for the 2015 Fiesta Medal Competition!

Bill Miller BBQ found a winning formula with their Texas tea bucket last year and they are sticking to it. This years medal once again has that iconic cup front and center, along with some cows, chickens and a pig—I’m thinking about BBQ already. These medals may already be sold out, but if you can find them, they run $5 in stores. 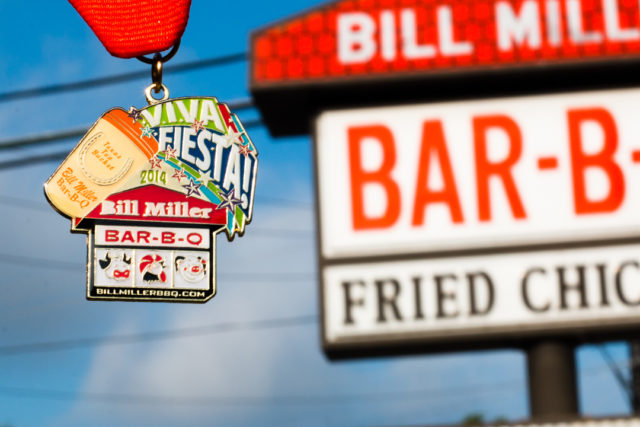 With their trademark Texas Tea Bucket, Bill Miller’s BBQ has created one of the most sought after medals of Fiesta. Their first run sold out in less than a day, but they just got in their second shipment! The medals are $5, but I expect them to go fast. As of now, I know that the location on Broadway just North of Burr Road still has some in stock. Didn’t win any? Check out our contest on Facebook (be sure to like us!) and Instagram for a chance to win one of your own!